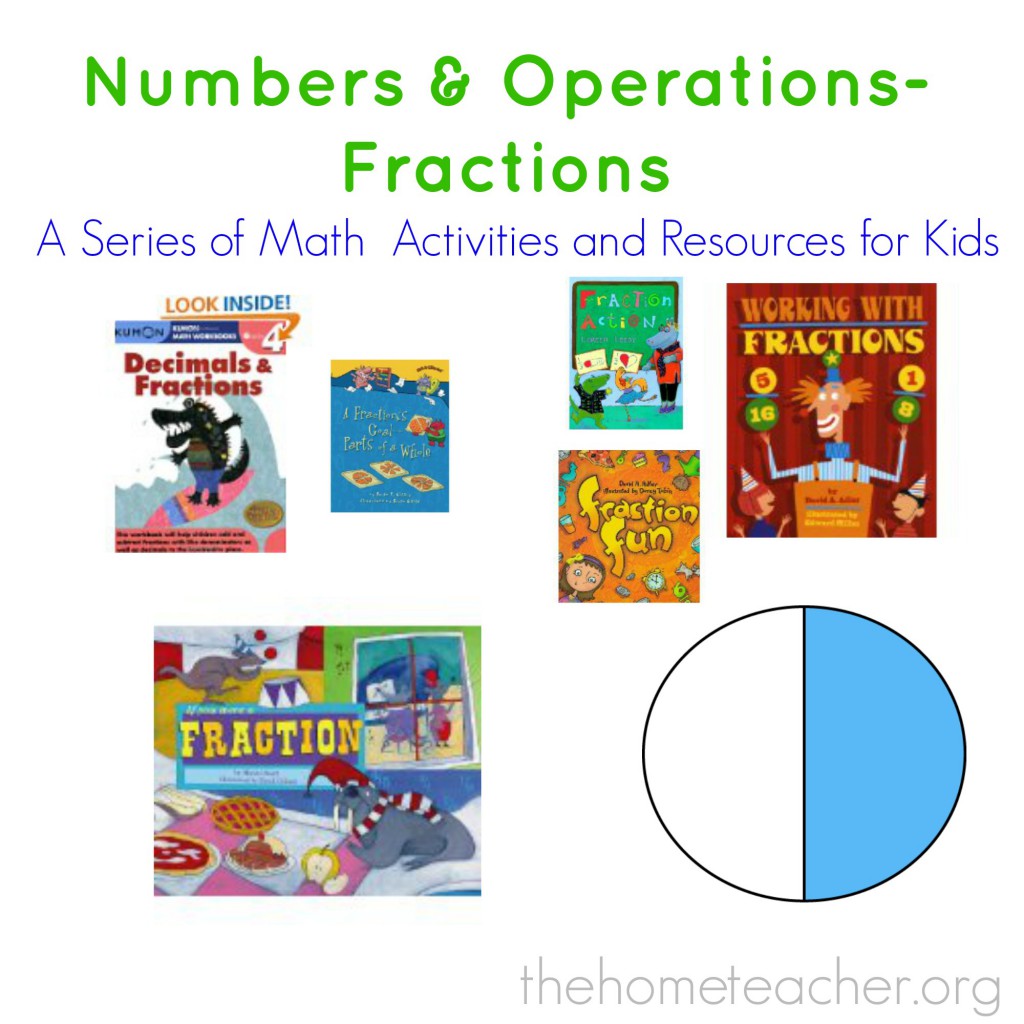 This post is a continuation of yesterday’s post Numbers & Operations in Base 10. Fractions are a part of this number system- with every decimal place indicating a multiple of a negative power of 10.

What is included in the standard Numbers & Operations- Fractions? Simply put this is everything fractions- with the degree of difficulty being dependent on the grade level of the student. Some examples of these skills include performing operations (addition, subtraction, multiplication, division) using fractions, comparing fractions, and understanding the decimal system.

When should I start teaching my child fractions? As early as possible (Although it is not part of the common core until third grade). I am a big advocate for communicating with your child using math terminology even at a young age. So your 2 year old might not understand equivalent fractions perfectly, but you can ask them if they want half a sandwich or a whole one. And then you can smile because you just had a mini math lesson during lunch. 🙂

What resources are available to help my child learn fractions? Just as in our previous posts, there are TONS of resources available! Of course in the interest of time I won’t share everything I have found, but this is a good start.

Here is a list of Numbers & Operations- Fractions literature that you can read with your child.

Here is a list of some teacher resources. Manipulatives are important in helping your child understand math concepts, including fractions. I didn’t include any in this list because you can use everyday items such as pizza, apples, straws, paper… anything you can cut in pieces!  Using items your child is exposed to on a frequent basis will help them better relate to using fractions in the real world.

I have never written an entire post about activities I have done with my daughter using fractions. However, in our post 20 Activities With Sidewalk Chalk, I came up with the idea to  draw several shapes and have your kiddo draw a line to cut the shapes in half/thirds/fourths/etc. Make sure you talk about fair shares (how each section should be the same size) when they are drawing the lines.

Here are some ideas that are from other mom bloggers:

Naturally Educational shares an idea using paper plates in her post Pizza Math. I love how she is having her little ones learn about the numerator and denominator as well as comparing fractions.

Peakle Pie combined frogs, crafts, and fractions in her post Fractions Fun with Origami Frogs. I have never thought of fractions this way before- it is so creative and I know my animal loving daughter could easily consider this math lesson as more of a game!

Of course there are TONS more resources available with fractions. I would love to hear about what you have done with your kiddos at home to help them understand this concept better!