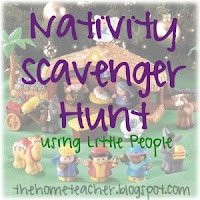 We started our FHE by recalling prior knowledge about why we celebrate Christmas. My daughter’s response was along the lines of “so we don’t get bored”. Yes, we needed a nativity lesson!!! After talking about why we celebrate Christmas, I told her we were going to go on a scavenger hunt to find different things that will tell us more about the story of Jesus’ birth. I had her captivated. Mission accomplished.

Each object had a corresponding scripture, song, or poem on a strip of paper. On the back of the paper I wrote where to go to find the next object. 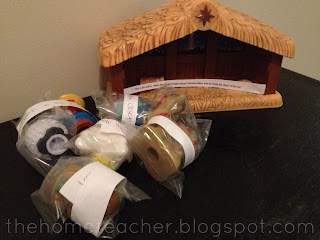 We used the piano bench as our “base”- each time we found a piece to the Nativity we ran it there so we could act out that part in the story.

The objects were hidden in the order they appear in the story of the birth of Christ or where I thought they would appear. I loved the idea of starting at the beginning and acting out the story with the Little People. 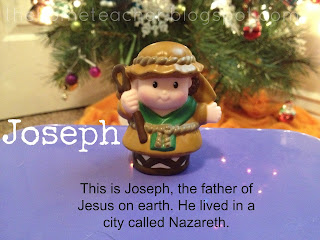 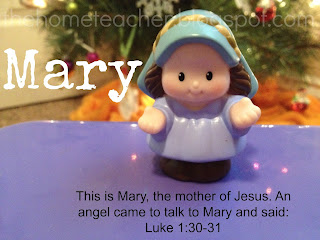 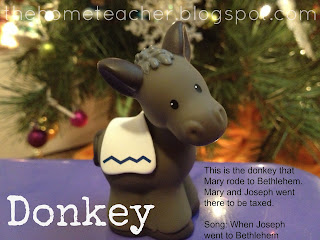 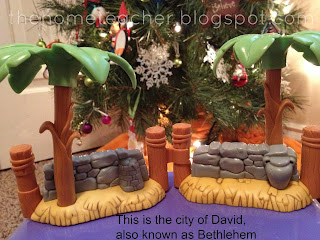 don’t forget to have your kiddos have Mary, Joseph, and the donkey walking to Bethlehem before finding the next clue! 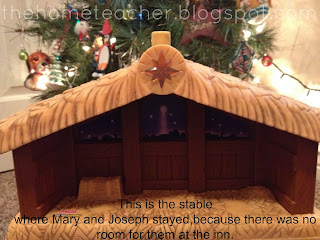 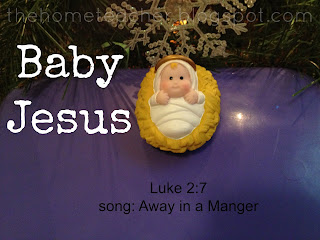 the Little People nativity is perfect for this- if you press on the stable it plays Away in a Manger- then you can just sing along! 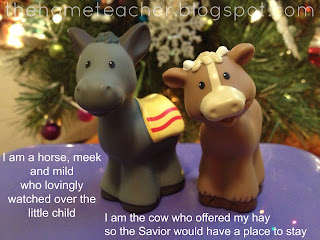 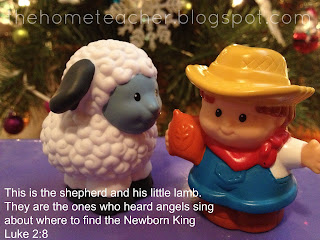 so our nativity didn’t come with a shepherd, hence the cowboy playing the part. do i get points for creativity? 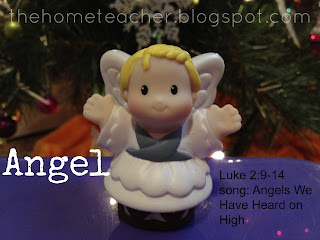 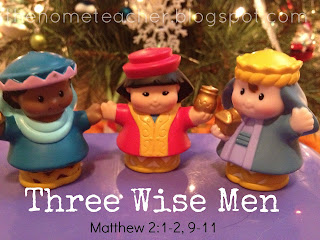 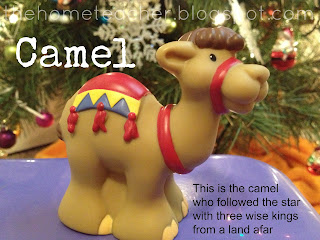 it just so happened that we ended our story with an animal my daughter has always wanted. it was perfect!

My daughter is absolutely, without a doubt, is IN LOVE with the Nativity story. Sure, a big part of that is because animals were involved. 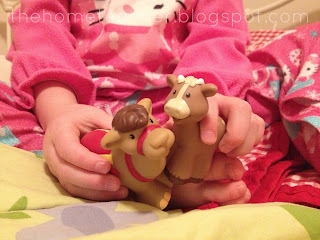 She calls Bethlehem her “world” and had to take it to bed with her. I knew it was a victory when she later told me she wanted to play with her nativity instead of going to the dinosaur park ( a place that she loves very much). 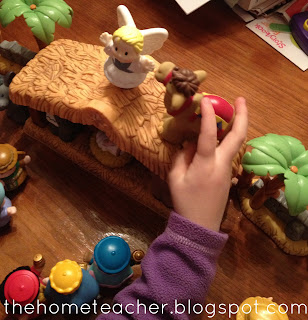 I hope this helps you make the story of the nativity come alive for your kids! And of course, if you don’t have a Little People nativity, you could use one that you already have…. or print the pics on this post.